Don’t believe everything you see on social media, YouTube, Blogs and the news. This story will hopefully show you how fast these sites can take official statements and turn them in to something they aren’t. Before you share links, post comments and start telling everyone not to get the flu shot this year, slow down, do some research and take a critical look at what has happened over the past 2 days. 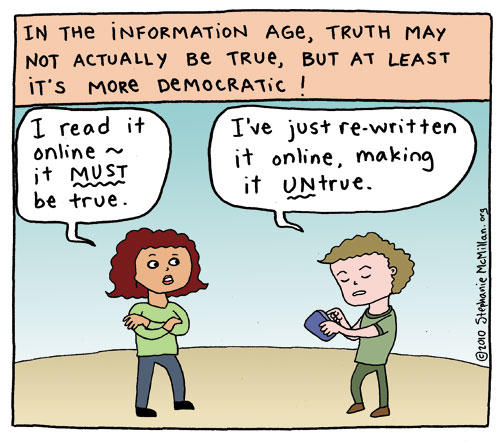 On December 4th, the Centers for Disease Control and Prevention (CDC) issued a public statement about the Influenza (Flu) Vaccination. After the CDC released this statement, almost instantaneously the words were twisted and social media and pseudoscience websites started going crazy.  The full official release from the CDC can be found here: http://www.cdc.gov/media/releases/2014/p1204-flu-season.html

I urge you to read it, and I urge you to read it carefully. No where in this release did the CDC apologize. They also have not stated that this years Flu Vaccine is useless. What they did state is that “Early data suggests that the current 2014-2015 flu season could be severe. The Centers for Disease Control and Prevention (CDC) urges immediate vaccination for anyone still unvaccinated this season and recommends prompt treatment with antiviral drugs for people at high risk of complications who develop flu.”  This isn’t the statement that has social media and the anti-vaccination movement in an up-roar.

What caused the commotion, statement spinning and the anti-vaccine websites and bloggers to go crazy was this statement “Increasing the risk of a severe flu season is the finding that roughly half of the H3N2 viruses analyzed are drift variants: viruses with antigenic or genetic changes that make them different from that season’s vaccine virus. This means the vaccine’s ability to protect against those viruses may be reduced, although vaccinated people may have a milder illness if they do become infected. During the 2007-2008 flu season, the predominant H3N2 virus was a drift variant yet the vaccine had an overall efficacy of 37 percent and 42 percent against H3N2 viruses.”

In other words, the CDC has stated that the flu vaccine for the 2014-2015 season may be less effective than previous years. This is because the predominant strain they are seeing at the current time is H3N2 and it has experienced genetic drift which may make the vaccine less effective.

The moral of this story be mindful of what you read and believe. Many people will say – “big pharma is just out to make a profit so of course they are still going to tell people to be  vaccinated”. Well, I can tell you that the many anti-vaccination bloggers out there are  profiting from this movement, you can be sure of this.

The flu vaccine is never perfect. While perfection is the goal it will never be perfect unless we acquire some new technology or the ability to know with 100% accuracy, what flu viruses will become the predominant strain in every geographic region in the months we think of as the ‘flu season’.   Currently the seasonal flu virus mix is a ‘best prediction’  and as we are seeing this year, never 100% on the mark.   This is the best we have, and it is still very much worth receiving the current flu vaccination because the flu can still kill healthy individuals.